Proposed Changes to How Gene-Edited Plants are Regulated 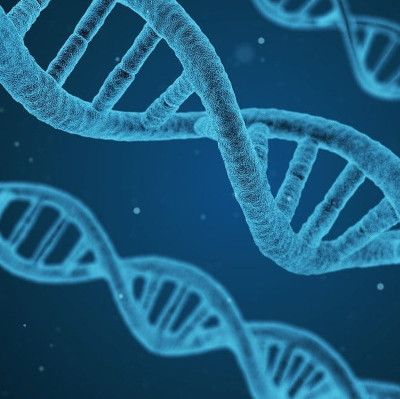 To take action to stop the CFIA from abandoning GM seed regulation, send a letter to your MP here.

Last November, EFAO joined over 100 other environmental, farm, social justice and labour organizations to send a letter to Honourable Marie-Claude Bibeau, Federal Minister of Agriculture and Agri-Food, and Honourable Jean-Yves Duclos, Federal Minister of Health, calling for government oversight of all genetically engineered foods and seed including those produced through gene editing.  In addition, the letter called for the two Ministers to commit to transparency and independent science in the regulation of all genetically engineered organisms for use in food and farming.  The letter was in response to Health Canada’s and the Canadian Food Inspection Agency’s (CFIA) proposals to change “regulatory guidance” for Plants with Novel Traits (PNTs) under Health Canada’s Food and Drug Act Regulations and  the CFIA’s Seed Regulations – Part V.  The proposed changes would not alter the regulations, but rather make changes in how the regulations should be interpreted.

“Gene editing” or “genome editing” is a relatively new set of genetic engineering techniques used to alter the DNA of plants, animals and micro-organisms to change their phenotype (observable characteristics).  Gene editing uses techniques such as CRISPR/Cas to change DNA at a specific target on the genome.  It can change the function of a plant’s own DNA by silencing or forcing the expression of specific genes, removing genes, and/or changing the location of genes within the genome.  Many new gene-edited plants will likely be produced using an “editor” sequence of “foreign DNA” (DNA from another species) to alter the plant’s DNA and then removing the “editor” after it has changed the genome.  Even though plant developers can make changes to specific sites in a plant’s genome the gene editing process does not always behave as predicted.  There may be “off-target effects,” when other parts of the genome are changed, as well as “on-target effects” when changes at the target site lead to unintended effects.

Crops like wheat and corn are polypoids, which means they have multiple pairs of chromosomes, thus increasing their genetic complexity and the potential for gene editing errors.  Stress, such as extreme heat and drought, can cause plants to express atypical characteristics, for example, early maturity, shorter height, fewer seeds in cereal crops or biennials like carrots and beets going to seed in their first year.  Similarly, changes to a plant’s genome are not entirely predictable and it is not always known how the altered genes will function within a living organism.

Under the Seeds Regulations – Part V, the CFIA is responsible for regulating genetically engineered plants (GMOs) for environmental safety.  Part V sets out the criteria for whether plants are considered PNTs.

Under the current regulatory guidance, all genetically engineered plants are subject to Part V as plants with novel traits, and therefore, must be approved by the CFIA before they can be put on the market.  The proposed changes would mean that most new plants created by gene editing would be interpreted to be “not novel”, and therefore, able to be released into the environment without any regulatory oversight or public disclosure.

Under the new proposed guidance gene-edited plants would only be covered under Part V (and subject to regulation) if they are a species never grown as a crop in Canada before; if they contain foreign DNA (if the “editor” removes the foreign DNA after altering the genome the plant does not contain foreign DNA); or if they have a trait likely to cause any of four environmental impacts.  The four environmental impacts which would move a gene-edited plant under Part V include: 1) being more difficult to control by removing a management option; 2) introducing or enhancing a toxin, allergen or other compound which could negatively affect non-target organisms in the environment; 3) improving the plant’s survival in the wild such that it may become an invasive weed; and 4) causing or enhancing a plant pest or creating a reservoir for a plant pest.

By relying on the concept of “substantial equivalence” under the proposed new guidance, the CFIA will consider past approvals of plants or traits as adequate to support the environmental release of new gene edited plants without further review by the CFIA, even when the trait is introduced into a different species from that of the original approval.

Over time, this could lead to fewer and fewer gene-edited plants being reviewed by the CFIA, as more and more GMOs are determined to be substantially equivalent to a previous genetically engineered or gene edited plant or trait.

Should the CFIA move ahead with the proposed new regulatory guidance documents, plant developers (i.e. biotech companies) would be allowed to decide whether or not their new product meets the CFIA’s criteria for regulation as a plant with novel traits (PNT).  A small number of multinational corporations, such as Corteva Agriscience, ChemChina (Syngenta), Bayer and BASF hold important patents relevant to gene editing.  These four companies also control over 60% of the world’s seed market and are dominant providers of pesticides, pharmaceuticals and other chemicals.

The proposed regulatory guidance would give major seed and chemical companies more power to shape the future of Canada’s agriculture and food system in their interest, while decreasing the power of the CFIA.  The CFIA is empowered by laws and regulations passed by democratically elected Members of Parliament to protect the public interest through independent assessment and public disclosure of new genetically engineered seeds, including those produced through gene editing.

The CFIA and Health Canada are still working on their new regulatory guidance for foods and plants derived from gene editing.  More information on gene editing, the proposed changes to regulatory guidance, and action alerts can be found on the Canadian Biotechnology Action Network website as well as the National Farmers Union’s policy page and 2021 Policy Archive.

If these proposed changes concern you, please take time to contact your Member of Parliament as well as the Minister of Health and the Minister of Agriculture and Agri-Food. If you’re a supporter of the organic sector, you can also send a different letter to your MP through the Canadian Organic Trade Association’s website.