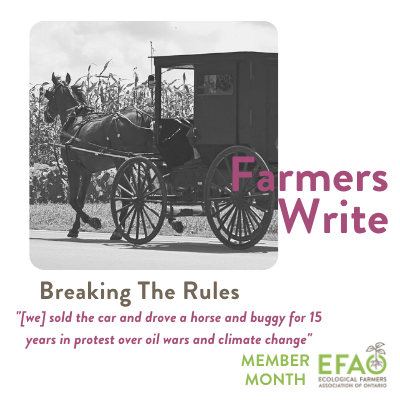 ‘There’s a boy in my class but he’s rude.’ Rude is how my daughter Della would describe kids that didn’t follow the rules at school. Back when she was in school. And in turn, I would silently give thanks that it was easy for my kid to follow the rules.

I want my children to know who made the rules, why they made the rules, and who the rules help. Ultimately, deep down inside, I’m a rule follower. I can easily connect with my inner first-grader, the most simplistic of justice warriors. If everyone follows the rules, then it’s fair, right? But it’s not fair when the rules are made to work against you. Even I can see that, as a cis white woman in Canada.

I’ve always been uncomfortable with a hard sell. Black and white don’t tell the whole story – I’m much more interested in the greys. Healthy questioning always leads to an exploration of the area between right and wrong, and anyone that is trying too hard to convince you that things are black and white is usually selling something or a political party.

My childhood was outside the norm, where we live. There’s corn, soy, families that all know their neighbours and their uncles, and families have the same trucks in the same colours. My family farmed organically with draft horses, went to Quaker meeting, and then sold the car and drove a horse and buggy for 15 years in protest over oil wars and climate change. But the message was never ‘f@* the rules!’ – if anything, my mother over follows the rules (she has a car now and drives steadily 10km under the speed limit – you can take the lady out of the buggy, but you can’t take the buggy out of the lady). My childhood gave me the gift of living in the grey area – we weren’t Amish, surrounded by like-minded community, my parents didn’t smoke weed, so they weren’t really hippies. But I did spend a lot of time (it takes a long time to get to town in the buggy) questioning the rules, who they applied to and why.

Recently the health department told me that I can sell my homemade frozen soup and pickles at a registered farmer’s market but not pre-ordered and picked up on my farm. How does that make any sense? Adding a middleman to make sure it’s safe? It’s further away from my freezer!

Ultimately, I’m a collaborator. I like feeling like I’m a part of a team, working toward a common goal. I like to give in the spirit of generosity. Following the rules in some cases makes me feel that flush of self-affirmation, that I’m doing something for the common good. But some rules are made to protect big business, a few players that got together to protect each other from the competition, and as a scrappy small business…well.