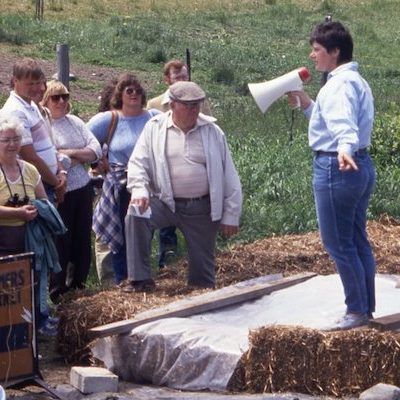 “Not many organizations make it to 40 years. This is a real milestone that speaks to the importance of the work of farmer-led education and research in ecological agriculture, and to the strength of this movement and its community of farmers,” says Ali English, Executive Director of the EFAO.  It’s a big year for the EFAO. We’ve just turned 40 years old. Happy Birthday to us!

It all began in 1979 with a few farmers meeting around kitchen tables when ecological farming was on the fringe.  The ‘old ways’ of conducting farming were no longer ‘the only ways’ of doing things. Driven to share their knowledge with other farmers; the Natural Farmers Association was formed creating a supportive community of those who found themselves outside of conventional agricultural practices. 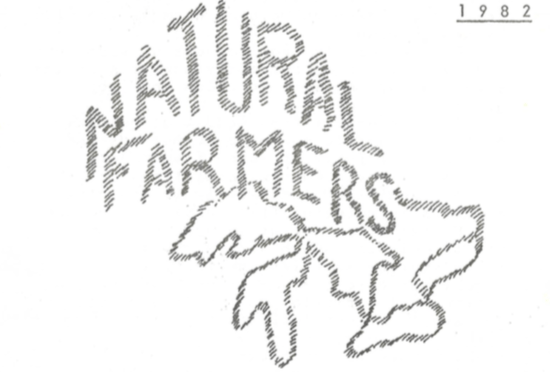 “Being able to walk each other’s farms, talk about what was working and what wasn’t working was a completely novel experience because in the conventional industry it was all very competitive and you didn’t want to share what worked for you – trade secrets – whereas in the organic or ecological movement people were happy to share what worked for them and what didn’t work for them so you didn’t have to make the mistakes they had,” describes Fran McQuail, one of EFAO’s early members. 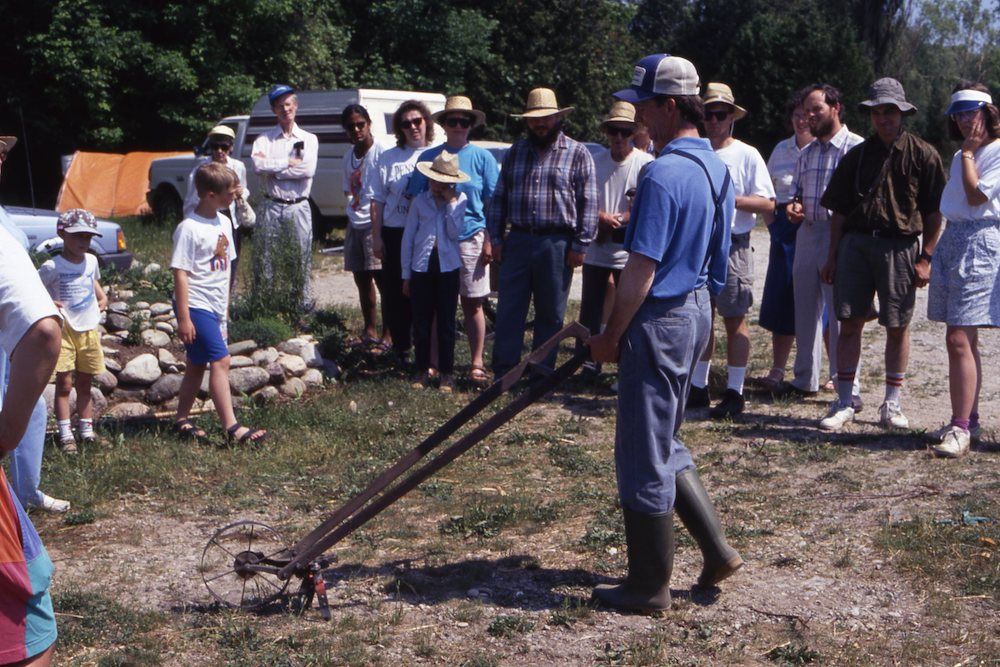 A small group of about 20 farmers in southwestern Ontario decided to form a group to help each other improve the health of their soils, crops, livestock and the environment, while at the same time running profitable farm businesses. The group’s charter meeting took place at the Linwood Community Centre to talk about soil and crop rotations – there was no agenda, no program, no minute keeper, and people brought bagged lunches. At the end of the day, everyone in attendance agreed that they should create an association that would provide opportunities for farmers to share and develop their knowledge about ecological farming practices – the Natural Farmers Association (NFA) was born. The membership fee was $5; there was an annual meeting and conference, quarterly newsletters, and at least one field day that covered practices such as soil, green manures, composting, cover crops, livestock management, conservation practices, and others.

“Back in the 80s and 90s there weren’t a lot of sources of information about organic growing, so field days were huge. The first field days would attract over 300 people, and that was because they were the only source of information,” says Ken Laing, longtime EFAO member 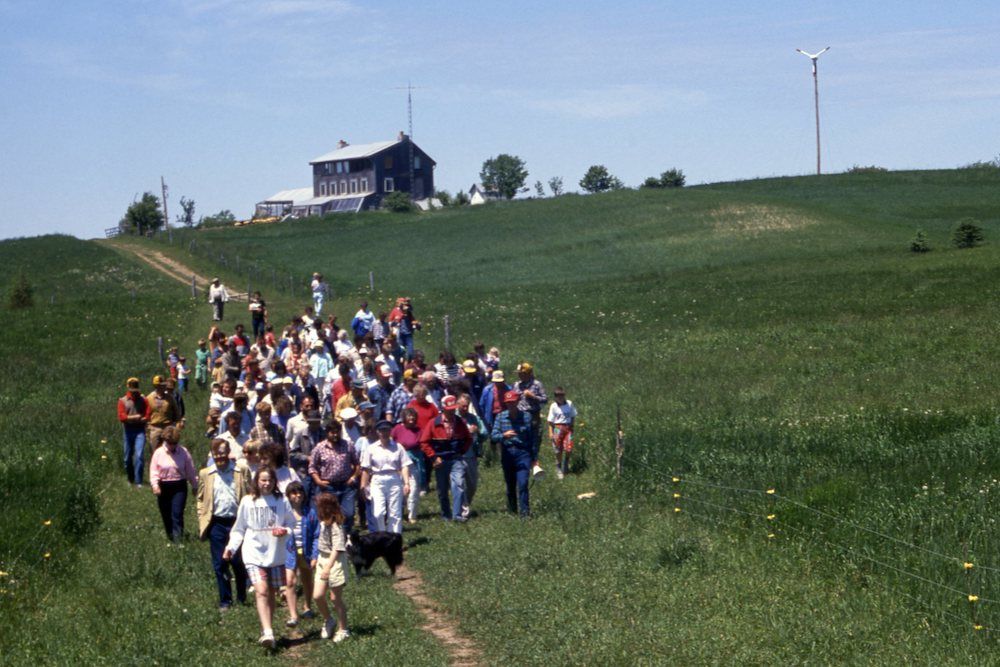 By 1984 the association’s membership had grown to 145 farmers, and the Natural Farmers Association changed its name to the Ecological Farmers Association of Ontario. Fast forward to today, and EFAO serves around 500 members across Ontario – from Thunder Bay to Windsor to Ottawa.  The organization also has 3 full time and 5 part-time staff and 11 board members supporting farmers to build resilient ecological farms and a strong knowledge-sharing community. Over the last 6 years alone, EFAO has had nearly 5,700 farmers, aspiring farmers and supporters participate in workshops, farm tours, kitchen-table meetings, advisory consultations and conferences. Our farmer-led research project has conducted over 44 research trials in the past 4 years.

EFAO logo’s throughout our history

This year EFAO will host its 6th annual Ecological Farmers of Ontario Conference in Belleville from December 2nd to 5th.  At the conference, we will be celebrating this 40th-anniversary milestone. A short film that highlights EFAO’s roots and impacts over the past 40 years, including interviews from some of the organization’s founding members, will be screened for the first time. In addition to film screening, the Tuesday evening celebration will include a keynote address by Katrina McQuail, a second-generation farmer whose parents were founding members of EFAO, a dinner featuring locally-grown ecological and organic ingredients and live music encouraging us to sway and move in reflection and celebration of all that has been accomplished over the last 40 years and what is to come in the next 40 years. 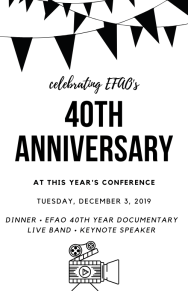