The Maitland Valley Conservation Authority and EFAO: A history of collaboration 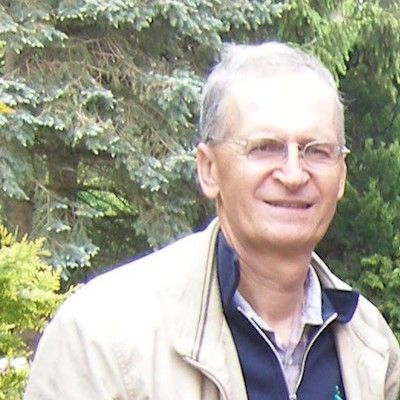 Earlier this year I was approached by Ali to write an article about the Maitland Valley Conservation Authority (MCVA) and its long history of working with the EFAO as well as the work MVCA does with the farming community.

I have been a member of the EFAO since the mid-eighties even though I do not live on a farm!

I think that it is important to provide you with some history behind how the working relationship between EFAO and MVCA arose.

In the mid 80’s I met Lawrence Andres and Bernhard Hack at an EFAO workshop. I was invited to tour their farms with staff from MVCA. I asked Lawrence if I could attend some of their workshops and Board meetings and I volunteered to become the recording secretary for the Board. It was through Lawrence that I learned that EFAO, then known as the Natural Farmers Association, started in the Maitland watershed near Ethel in 1979.

Over the years a partnership developed between MVCA and EFAO. MVCA provided administrative and coordination support for EFAO in order to help them improve their outreach to farmers who were becoming increasingly interested in ecological farming systems. It was an exciting time because interest and membership in EFAO was increasing exponentially. Farm tours and workshops attracted farmers from across the province and even from Quebec. In order to meet the demand EFAO decided to expand their outreach by establishing a mentoring service for farmers interested in making the transition to ecological farming. The EFAO Board also established a lending library for members to use, recruited a member to coordinate a quarterly newsletter as well as established an annual conference.

Over time (early 90’s) EFAO’s Board thought that it was time that EFAO to become more self-reliant and develop a larger financial base so that they could be an independent organization. The Board thought that it was important to move their headquarters to Guelph in order to better serve members across the province. This was a necessary transition that would ultimately help EFAO to improve their services and support for the membership.

MVCA assisted EFAO to develop its financial base by helping them to organize tours with potential funders, writing funding proposals to Foundations who the Board thought may have an interest in supporting ecological farming.

While EFAO has continued to evolve and grow as an organization, MVCA has also continued to develop and expand its services with the farming community in the Maitland and Nine Mile watersheds.

Phil Beard has been a member of EFAO since the mid 1980’s. He served on the Board of Directors from 1986 to 1993. Phil lives in Wingham and is the General Manager-Secretary-Treasurer of the Maitland Valley Conservation Authority. Phil is also the co-author of the article How Will Your Farm Cope with a Changing Climate, written in collaboration Rod McCrae, that profiles farmers who have transformed their farming systems in ways that will make their farm more resilient as well as ecological.