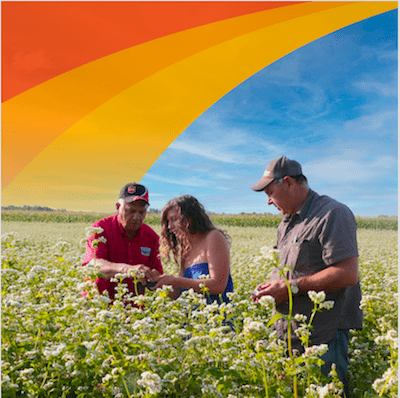 As a founding member of the Farmers for Climate Solutions (FCS) coalition, EFAO is happy to see the government respond to requests made by FCS earlier this spring, in their budget recommendations, which were informed and amplified by a farmer-led task force that included scientists and sustainable development experts. The budget funds every one of the programs recommended by FCS, and borrows language from the report directly, illustrating the impact that FCS’s work has had on government priorities.

In addition to these recommendations, the budget also included a promise that much of the carbon tax  that farmers currently pay on natural gas and propane will be returned to them in the form of rebates.

Farmers for Climate Solutions, formed in 2019, is a farmer-led group of 19 farm organizations from across Canada that have united in their work to influence public policy on climate, with the goal of making the farming practices that have been championed by many EFAO members mainstream.

EFAO is proud to be a part of this initiative, and we look forward to continuing to work with FCS to guide Agriculture and Agri-Food Canada in the implementation of this programming in the weeks and months ahead. We hope to see similar commitments to agricultural climate solutions from Ontario’s provincial government in the future.